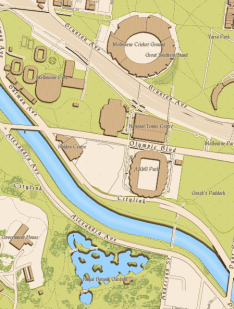 For my next web mapping project, we’ll use vector tiles. Great. And the data will come from OpenStreetMap. Excellent. Now you only have five more questions to answer.

For the front-end web application developer who wants to stick a map in their site, vector tiles open up lots of options and flexibility, but also lots of choices.

We’re very lucky that in a couple of these areas, a single standard dominates:

Which leaves three decisions to make.

There are several viable options for displaying your vector tiles, depending on whether you also want to display raster tiles or need creative styling, if WebGL (IE11+ only) is ok, and what else you need to integrate with. 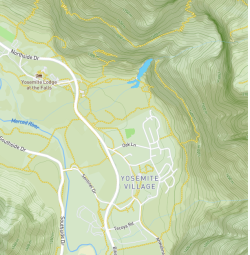 There are other combinations as well, such as Leaflet.VectorGrid.

The style mechanism tends to be closely tied to the display engine. (That was also true of CartoCSS, which was a pre-processor for Mapnik. RIP).

Finally, there are three distinct, well-defined schemas for packaging OpenStreetMap data into vector tiles. There doesn’t seem to be a formal specification for how you define a schema, so each is presented as documentation: a list of layers, each with a list of attributes (and their possible values), and at which zoom levels they appear.

These styles kind of live within their company affiliations, however. How about styles rendered by one company’s engine, using data from a different schema:

Which brings us to the point of this post. How do you mix schemas and styles? That is, how do you take a style you designed for Mapbox Streets, and make it work on OpenMapTiles? Or port one of Mapzen’s kooky open-licensed styles so it works with Mapbox Streets? Well, you can’t – yet.

(Adapting a style from one engine to another, like what ol-mapbox-style does, is a tough ask, because engines’ capabilities differ.)

But adapting a Mapbox Style file from one OpenStreetMap schema to another? That seems totally doable – even if there isn’t yet a tool to make that happen.

Want to give me a hand? Get in touch!